by The New Kokoro
in Agric Biz
0

Do you know the health benefits of apples? You’ve probably heard the adage “an apple a day keeps the doctor away.” Is this true? Do apples deter doctors in the same way that garlic deters vampires? “An apple a day keeps the doctor away,” according to an old English proverb, means that eating nutritious foods will make you healthier. As a result, you won’t need to visit the doctor as frequently. The proverb can be traced back to 1866 when the first known example was published in Notes and Queries magazine: “Eat an apple before going to bed, and you’ll keep the doctor from earning his bread.”

By the turn of the twentieth century, several variations of the rhyme, including the now-popular “an apple a day keeps the doctor away,” had spread throughout England. So, what was it about apples that made the English believe they were so healthy? As it turns out, the term “apple” was used by the English at the time to describe any round fruit that grew on a tree. They essentially believed that eating fruit on a daily basis promoted good health. Is there any truth to it, though? There is, in fact, one. Eating nutritious foods can help you stay healthy. Apples are a good place to start if you’re looking for nutritious food. Apples are a very healthy snack, according to research conducted over the last few decades.

Apples are low in calories and sodium, and have no fat or cholesterol. They are also delicious and have a plethora of health benefits. Apples are high in vitamin A, which helps with vision and bone development, as well as vitamin C, which boosts the immune system. Apples have also been shown in studies to help reduce high blood pressure, heart disease, and the risk of cancer. Quercetin, a reddish pigment found in apples that is considered an antioxidant, may protect against Alzheimer’s disease and provide allergy relief. 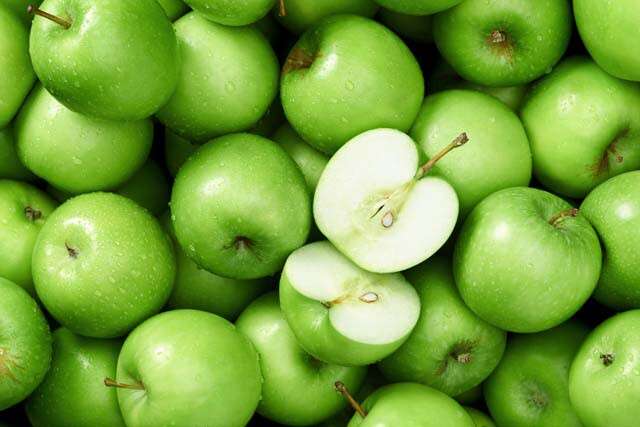 If you enjoy biting into a ripe, juicy apple, your teeth might appreciate it as well. Dentists believe that eating apples helps to prevent tooth decay by cleaning teeth and killing bacteria. Make sure to eat the apple peel as well. According to recent research, the peel of an apple contains significant amounts of antioxidants that are beneficial to one’s health. These antioxidants act as natural disease fighters, as well as anti-inflammatory agents. The antioxidants in apples have been shown in studies to help reduce asthma in adults and children.

For good reason, apples are one of the most popular fruits. They’re an extremely healthy fruit with numerous research-backed benefits. Here are ten of the most impressive health benefits of apples.

Apples Could Help You Lose Weight
Apples are high in fiber and water, both of which make them filling.
People who ate apple slices before a meal felt fuller than those who ate applesauce, apple juice, or no apple products, according to one study. In the same study, those who began their meal with apple slices consumed 200 fewer calories than those who did not. In another 10-week study of 50 overweight women, those who ate apples lost an average of 2 pounds (1 kg) and consumed fewer calories overall than those who ate oat cookies with comparable calorie and fiber content. Apples, according to researchers, are more filling because they are less energy dense while still providing fiber and volume. Furthermore, some of the natural compounds found in them may aid in weight loss. 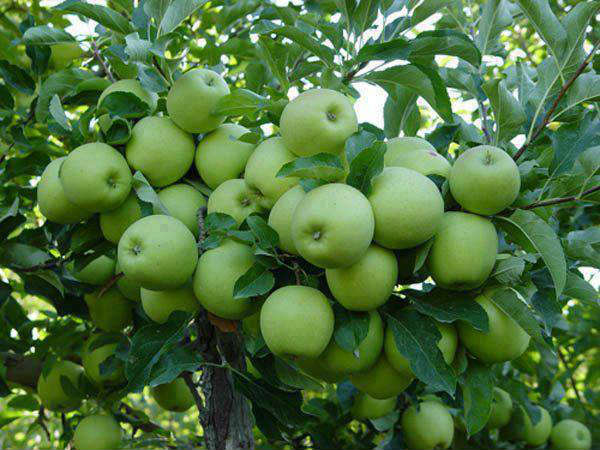 Apples Could Be Beneficial to Your Heart
Apples are associated with a lower risk of heart disease. One reason could be that apples contain soluble fiber, which can aid in the reduction of blood cholesterol levels. They also have polyphenols, which have antioxidant properties. The peel contains a high concentration of many of these. Epicatechin, a flavonoid, is one of these polyphenols that may lower blood pressure. A review of studies found that high flavonoid intake was associated with a 20% lower risk of stroke. By lowering blood pressure, reducing “bad” LDL oxidation, and acting as antioxidants, flavonoids can help prevent heart disease. Another study comparing the effects of eating an apple a day to taking statins — a class of drugs known to lower cholesterol — found that apples were almost as effective as the drugs at reducing death from heart disease. However, because this was not a controlled trial, the findings must be interpreted with caution. Another study found that eating white-fleshed fruits and vegetables like apples and pears reduced the risk of stroke. The risk of stroke is reduced by 8 percent for every 23 grams — about 1/5 cup of apple slices — consumed.

They are associated with a lower risk of diabetes.
Several studies have found that eating apples reduces the risk of type 2 diabetes. In one large study, eating an apple a day was associated with a 28% lower risk of type 2 diabetes when compared to not eating any apples. Eating a few apples each week had a similar protective effect. It’s possible that the polyphenols in apples help protect beta cells in your pancreas from tissue damage. Beta cells in your body produce insulin and are frequently damaged in people with type 2 diabetes.

Test-tube studies have revealed a link between plant compounds found in apples and a lower risk of cancer. In addition, one study of women found that eating apples was associated with a lower risk of cancer death. Scientists believe that their antioxidant and anti-inflammatory properties may be responsible for their cancer-preventive properties.

Apples Could Protect Your Brain
The majority of research focuses on apple peel and flesh. Apple juice, on the other hand, may be beneficial for age-related mental decline. In animal studies, juice concentrate decreased harmful reactive oxygen species (ROS) in brain tissue and slowed cognitive decline. Apple juice may aid in the preservation of acetylcholine, a neurotransmitter that declines with age. Acetylcholine deficiency has been linked to Alzheimer’s disease. Similarly, when researchers fed elderly rats whole apples, they discovered that a memory marker was restored to the level of younger rats. However, whole apples contain the same compounds as apple juice — and eating your fruit whole is always a healthier option. 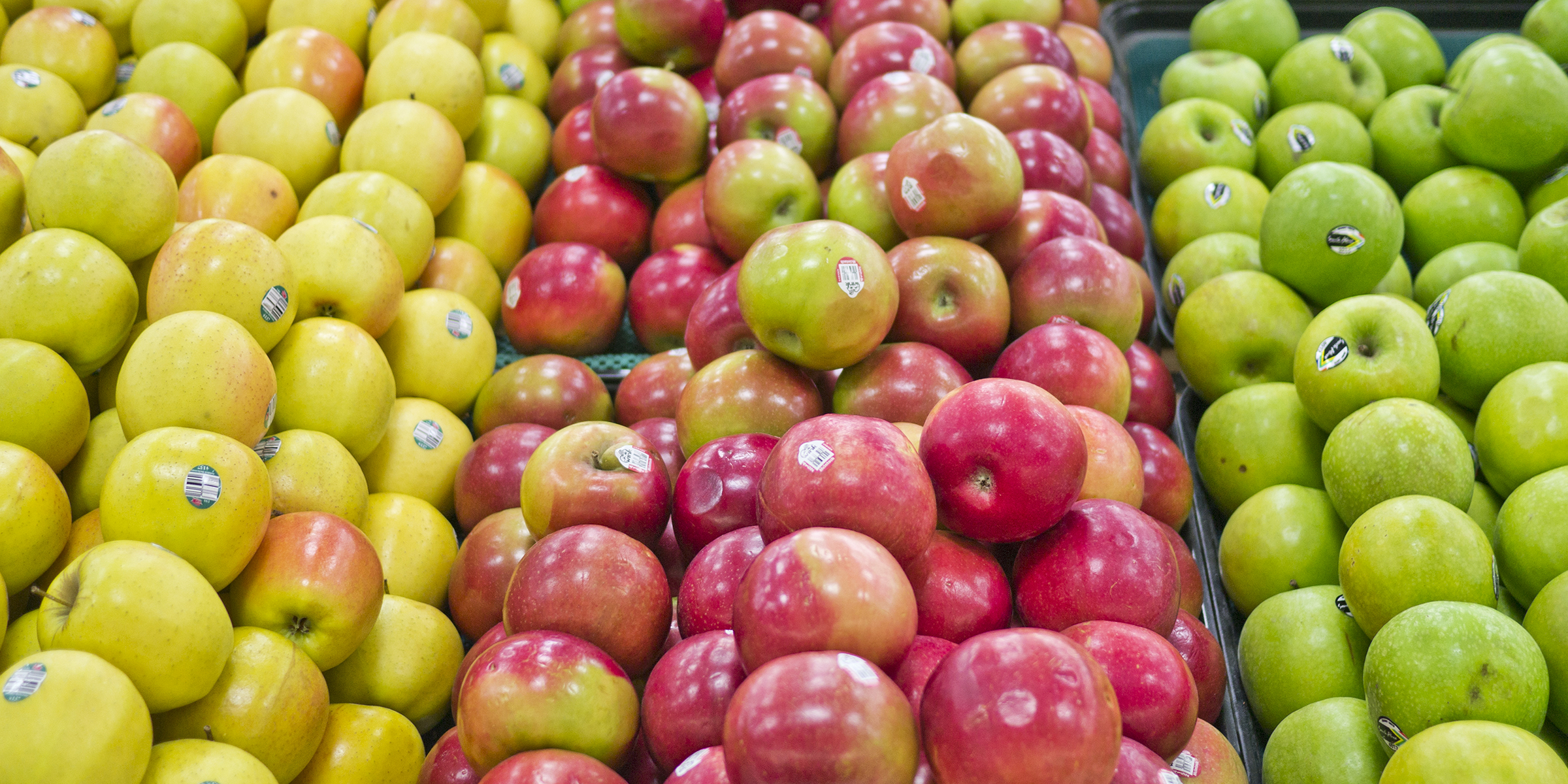 Apples Are High in Nutrients
1.7 cups of fruit equals one medium apple with a diameter of about 3 inches (7.6 centimeters). A 2,000-calorie diet calls for two cups of fruit per day. One medium apple (6.4 ounces or 182 grams) contains the nutrients listed below. Apples are high in polyphenols as well. While these plant compounds are not listed on nutrition labels, they are most likely responsible for many of the health benefits. To get the most out of your apples, keep the skin on because it contains half of the fiber and many polyphenols.

Invest some change in apples today instead of buying medications.

Drop your comments below and keep coming here for more articles.

In conclusion, eat an apple daily. Health Benefits of Apples has shown that truly an apple a day keeps the doctor away.

How to make Money From Yam farming in Nigeria