by The New Kokoro
in Uncategorized
0 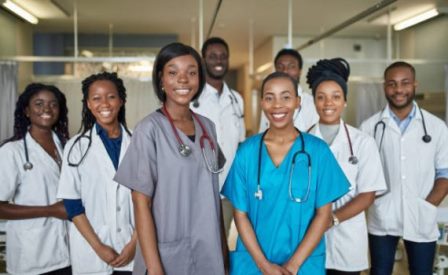 This means that the salaries of all health interns in Nigerian health institutions, including house jobs, have been removed from the federal civil service payroll. In case you missed it, the federal government has stated that housemanship (a paid mandatory one-year service for fresh medical graduates) is now part of the continued training for doctors and other interns, and thus they are no longer required to pay them salaries.

Previously, a house officer was paid according to a consolidated medical salary scale (CONMESS). With this decision, the federal government has removed house officers from the salary scale, stating that they will no longer pay HOs… 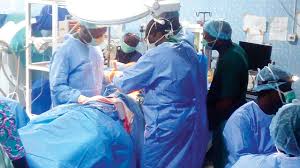 This information is contained in a document dated April 12th, 2021 and released by the National Council of Establishment (NCE is the highest decision making body in the civil service and duly signed by the head of civil service Dr. Folashade Yemi-Esan….who is surprisingly a doctor who graduated as the best graduating dental student from the University of Ibadan in 1987. Now, the government claims that housemanship and other health internships are a type of “studentship” and are not to be paid jobs…

INTERNSHIP PROGRAMME IN THE CIVIL/PUBLIC SERVICE

The National Council on Establishments (NCE) at its 42nd meeting held from 30th November 4th December, 2020 in lkeja, Lagos State reviewed the current status of internship programmes/housemanship/NYSC Doctors in the Service, and approved their removal from the
Schemes of Service as posts attracting grade levels in the salary structure.

The Council based its decision on the grounds that the period of these programmes/services form part of the trainings in their respective professions.

Interns shall, however, be considered for the payment of allowance to be determined by the National Salaries, Incomes and Wages Commission.

This approval will be reflected in subsequent edition of the Schemes of Service.

Head of the Civil Service of the Federation”

What Kinds of Videos Can You Find on YouTube?

What Kinds of Videos Can You Find on YouTube?

Invasion of Ukraine by Russia: Matters of concern